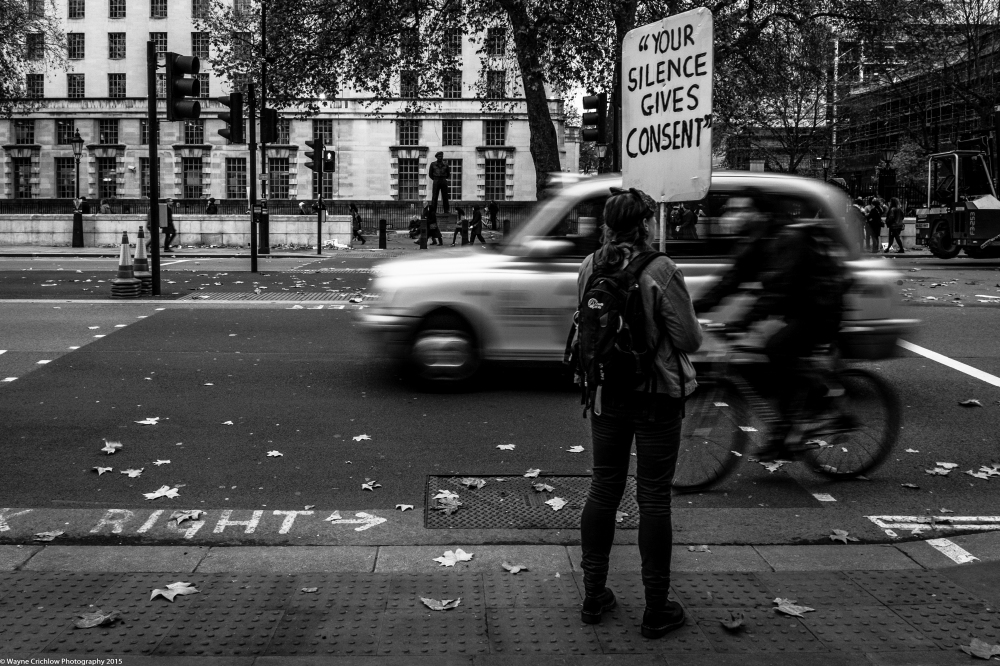 So it has been over three weeks since the murderous events in Paris unfolded in front of our eyes.

What have we learned since those events? Well, France has deepened her involvement in Syria and has also become an awkward bed fellow with Russia, which was already unleashing its military might on anything that moved, looked or smelt like a terrorist.

Furthermore Turkey has obviously felt the situation in that area was not serious enough and decided to ratchet up the temperature even further by destroying one of Russia’s jets.

Meanwhile, amongst the multitude of terrorist alerts and man hunts around Europe, the UK finds itself playing a bit part in the fight against terror. Cameron has put a case for bombing Syria to the elected representatives sitting in Parliament. We are led to believe that we are in imminent danger from the long arm of the Daesh camped in their HQ in Northern Syria.  I can’t help getting the feeling that we have been here before with a Prime Minister trying to persuade the public by putting a slightly questionable case for war.

A few days from now there will be a key vote in Parliament, where permission will be sought to join the coalition to start dropping bombs. We now find ourselves looking into the abyss of uncertainty. I said uncertainty, but clearly this statement is wrong, as we are almost certain that the bloody images of children and innocent people caught in the middle of hell raining downfrom the skies will be shared around social media. Fuel for the Daesh? Who knows, but it will have a perverse twist on the so called fight on terror.

Today, as if so to remind the government of the follies of the past, the people of all colours and creds came out on the street to let their feelings known. 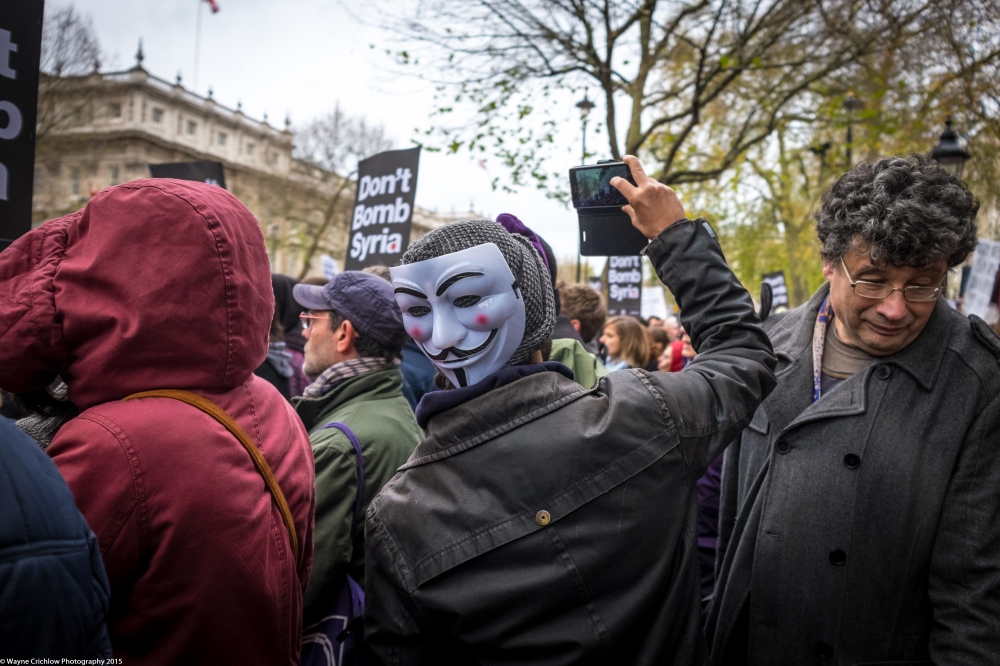 Will our elected representatives take on board the sentiment shown? We do not know for certain, however we sit here now three weeks later, not knowing what will happen in the future, but thankfully Black Friday had been a welcomed distraction. 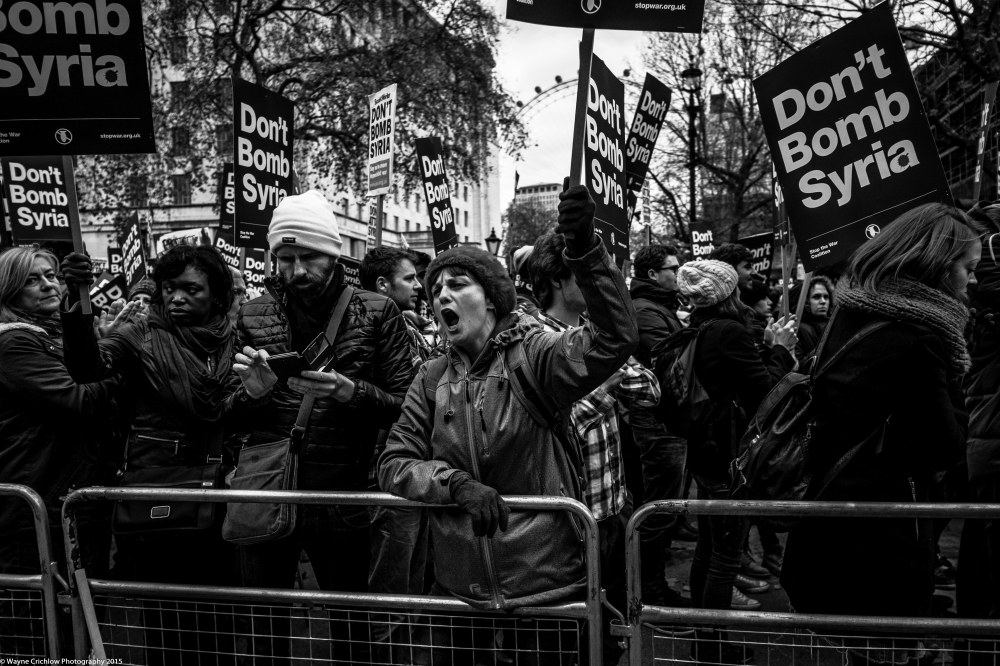 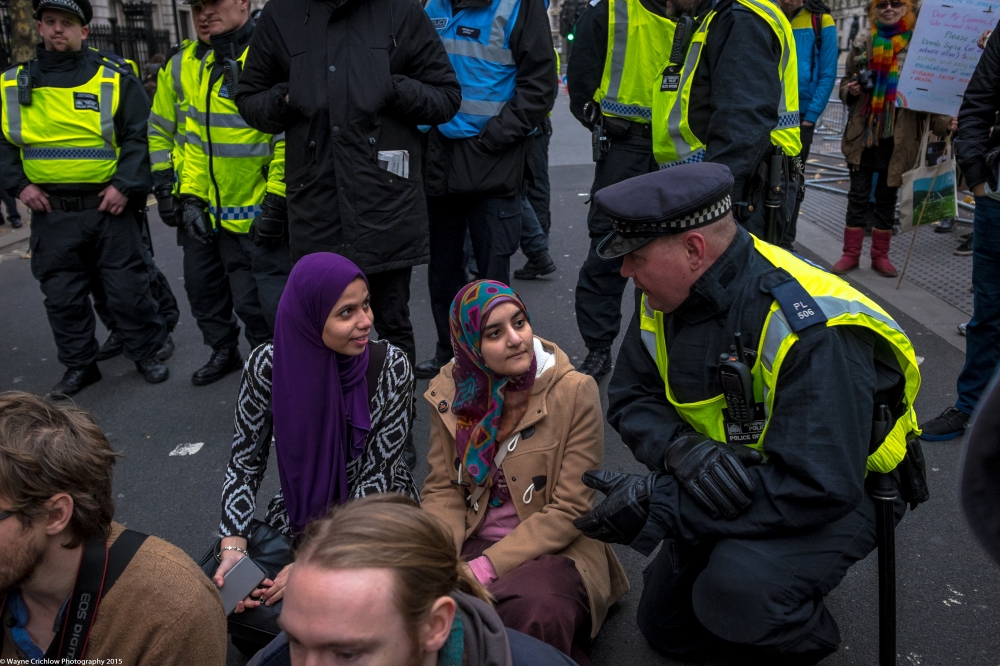 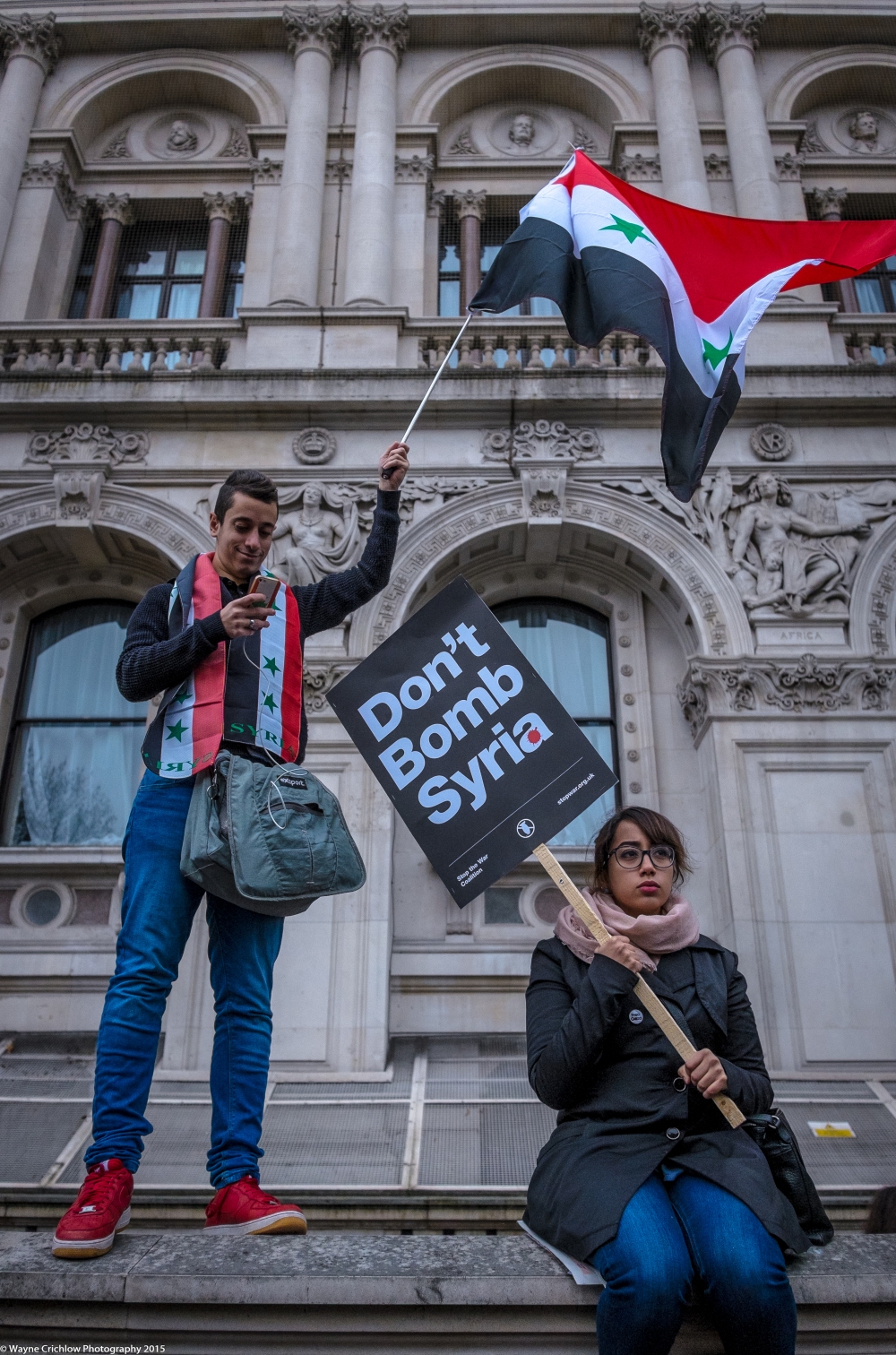 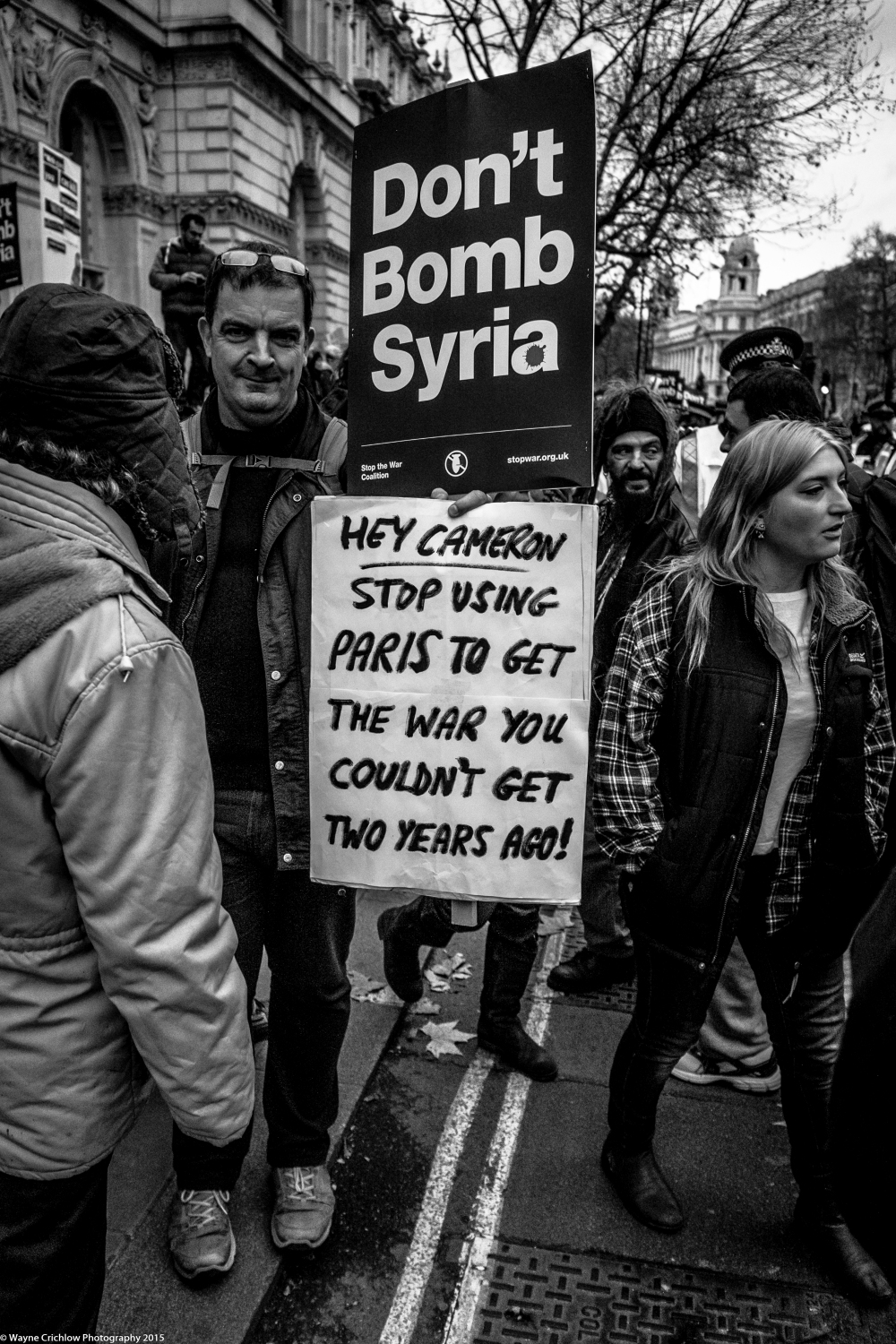 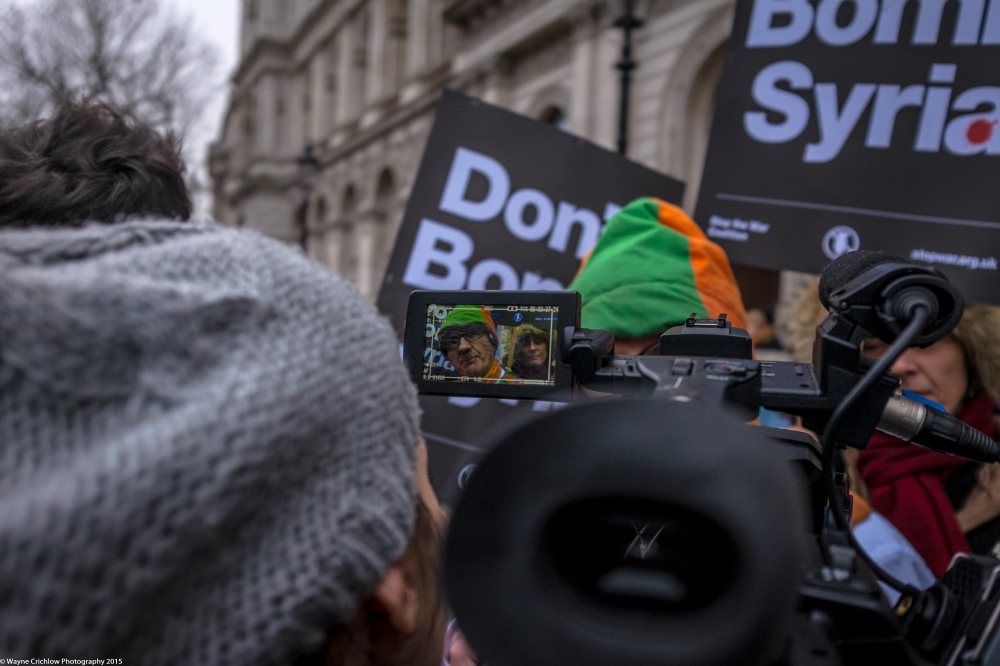 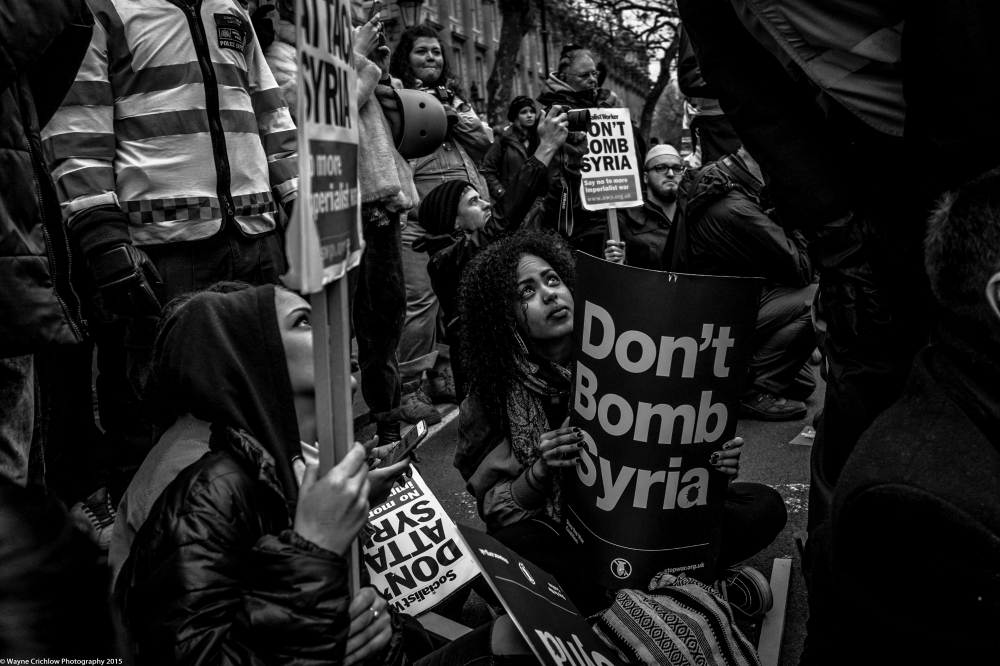 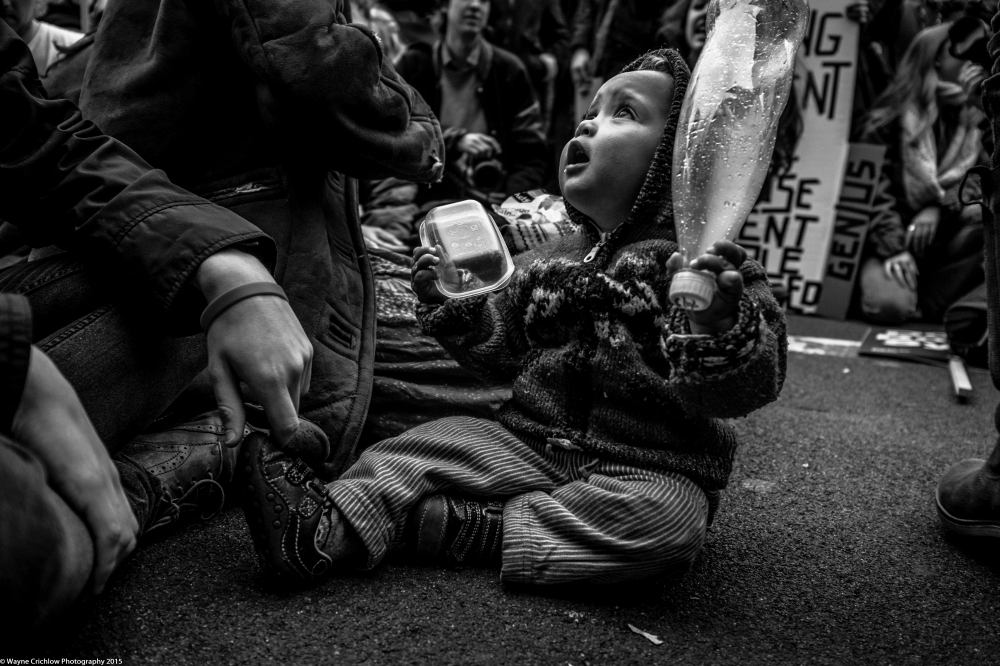 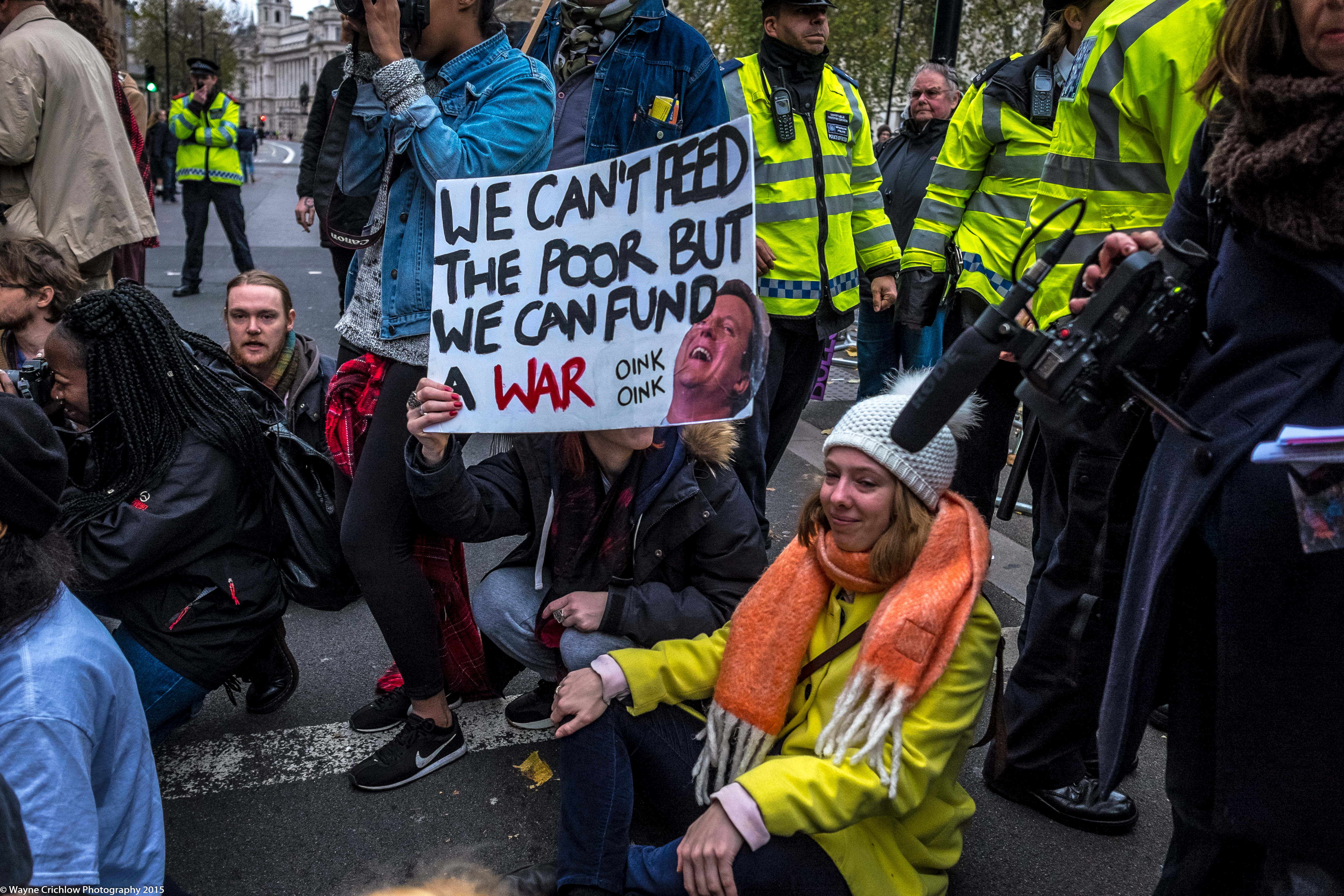 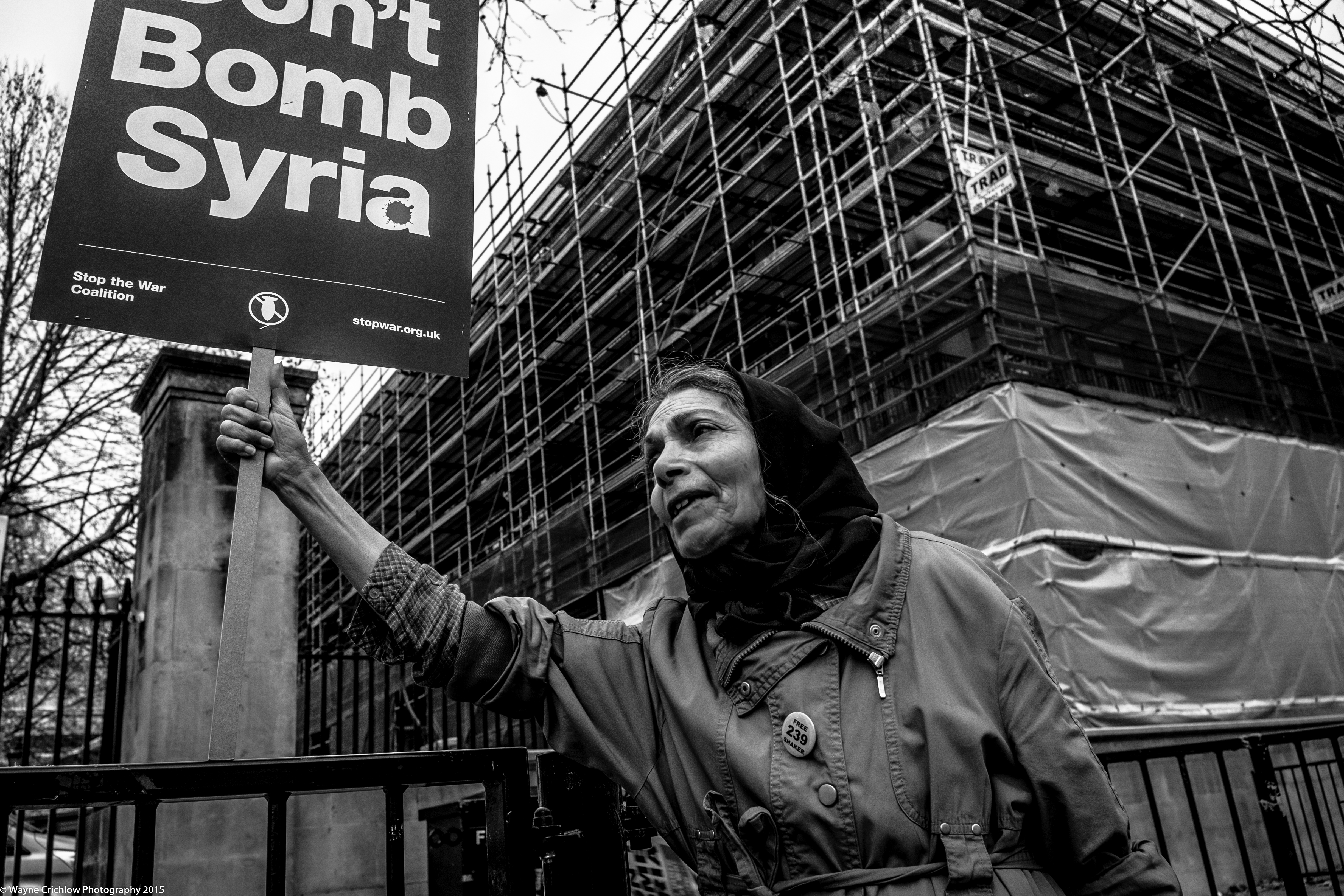 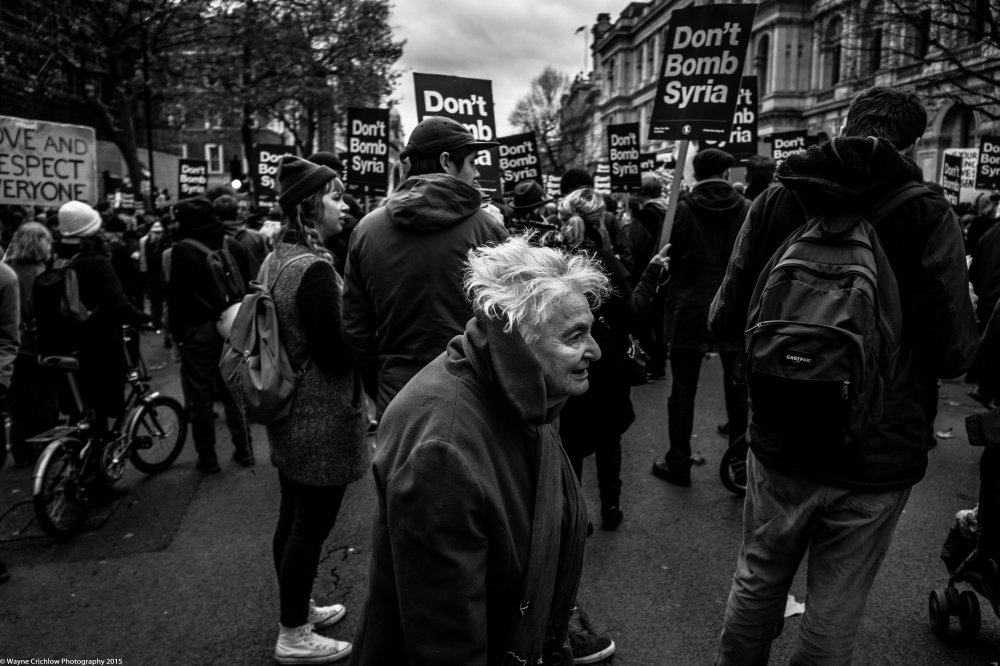 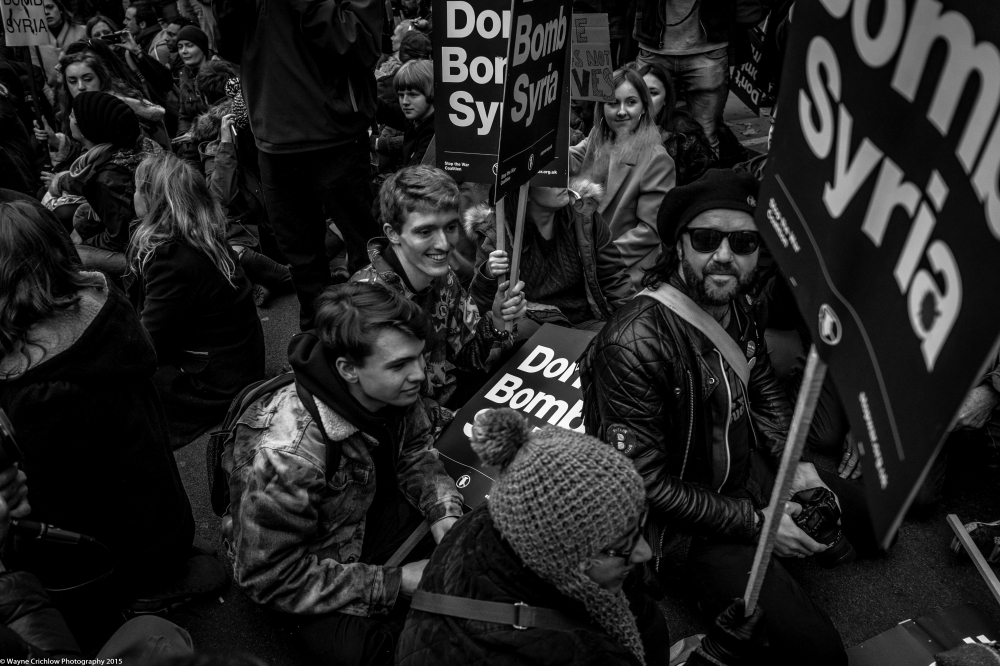 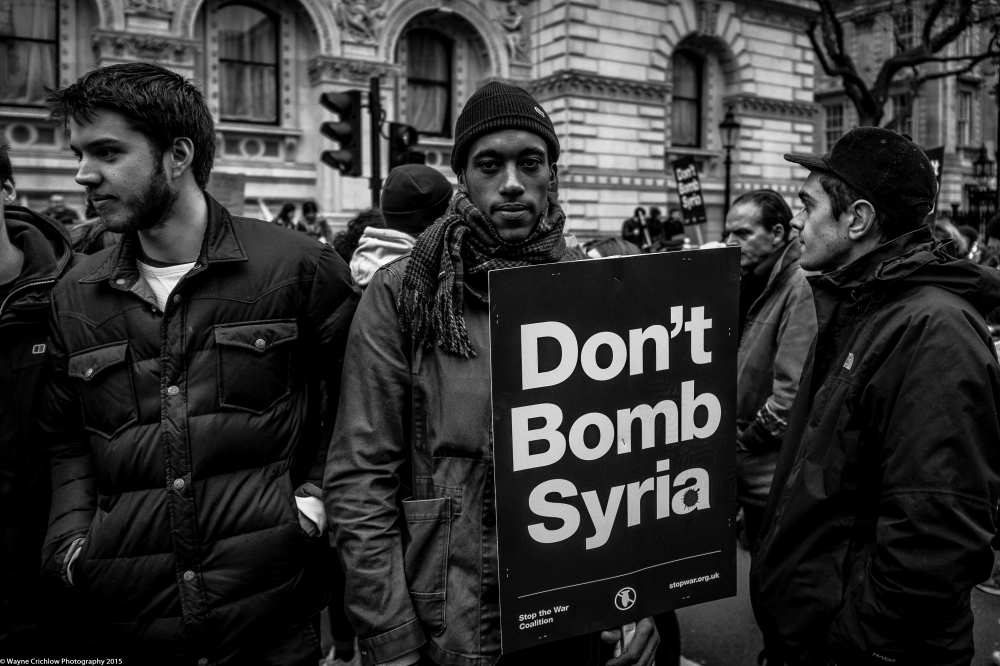 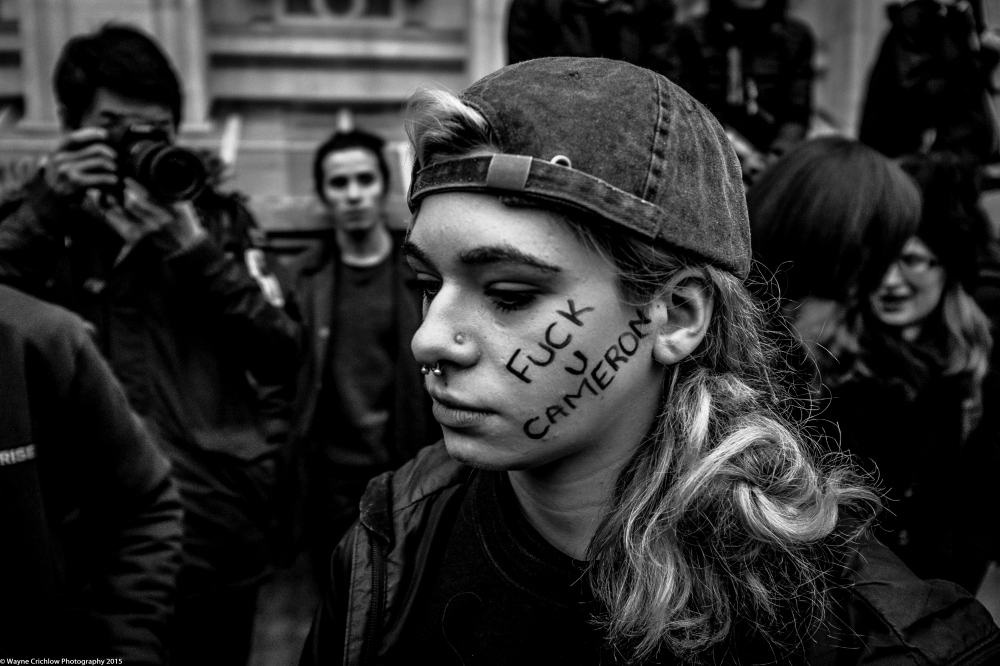 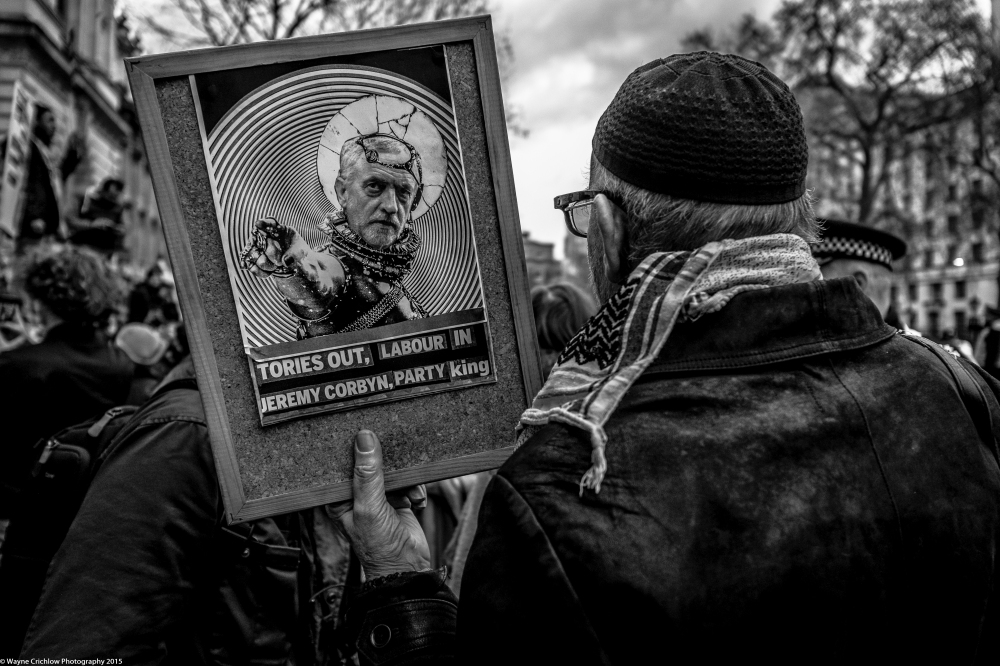 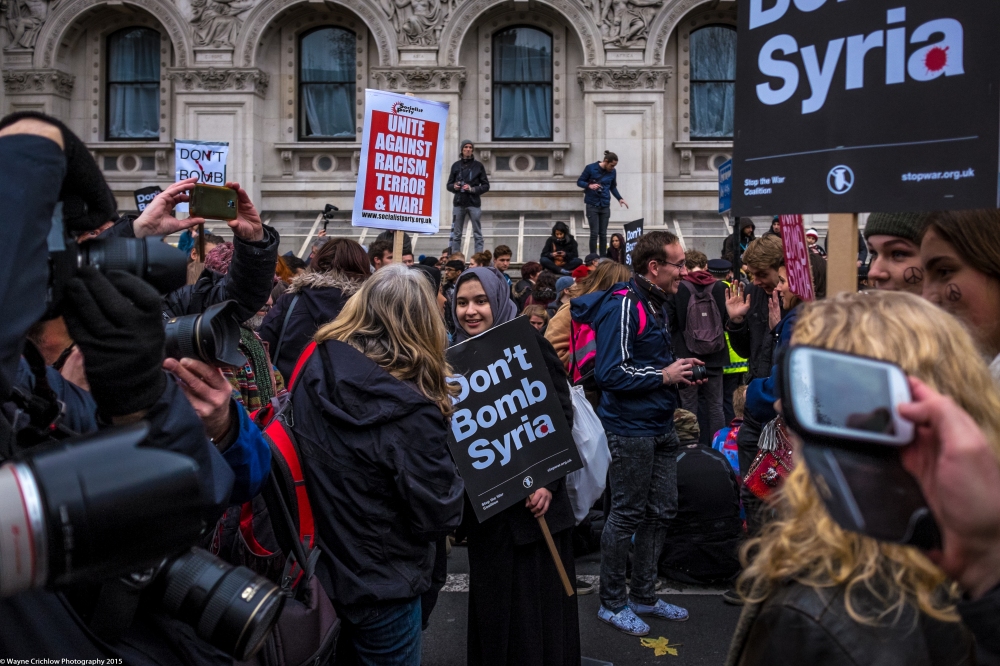 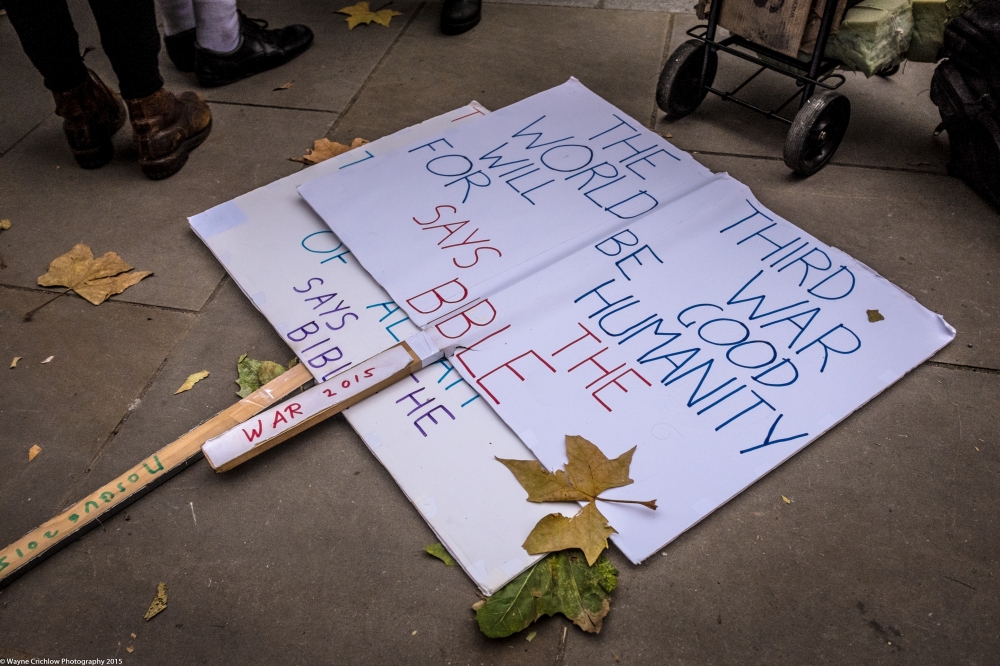 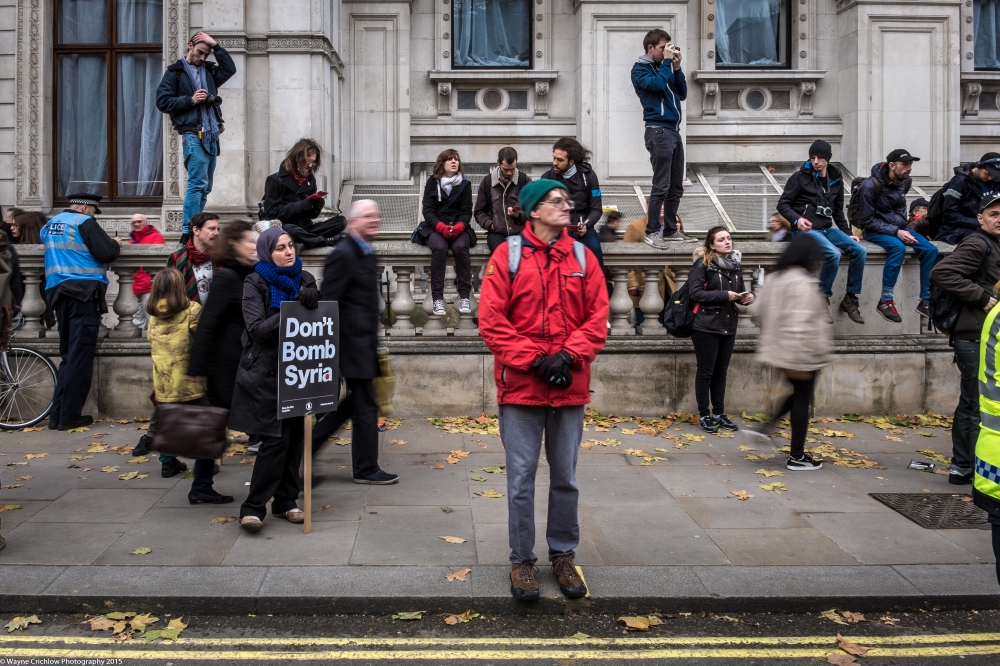 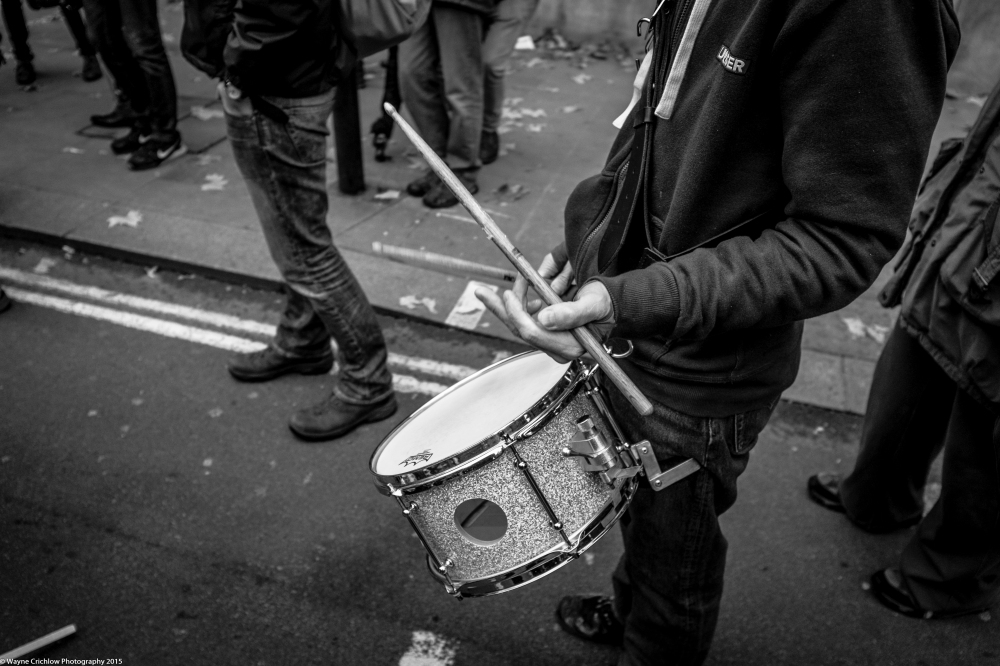 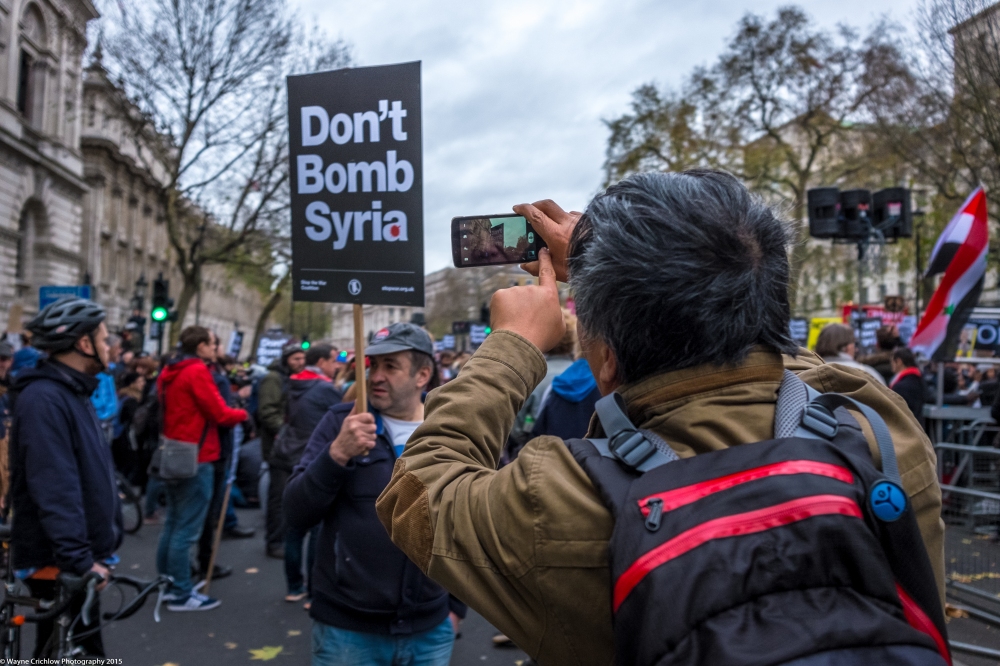 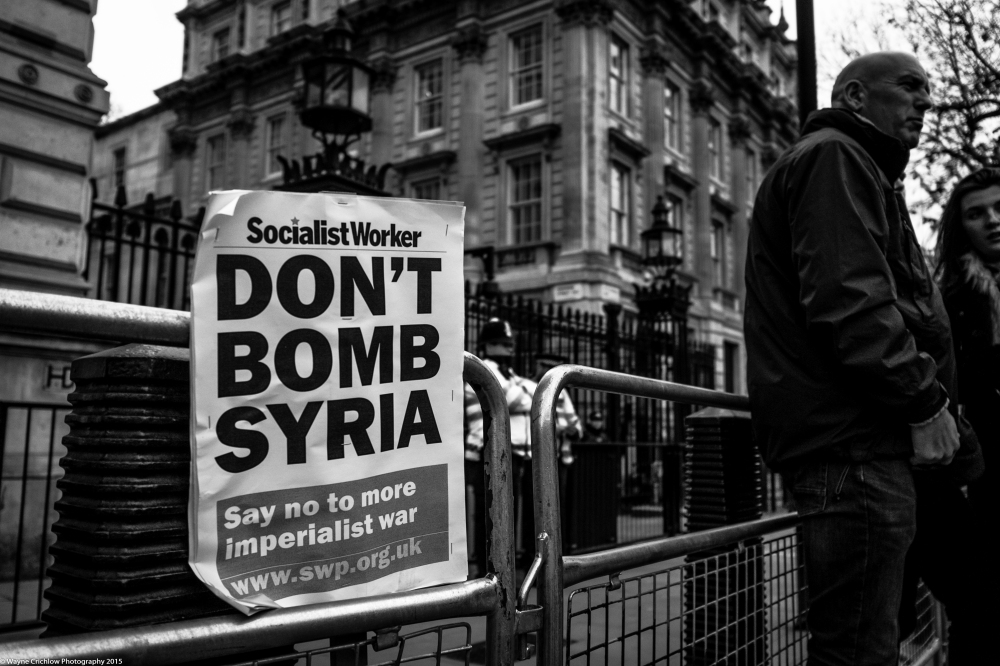